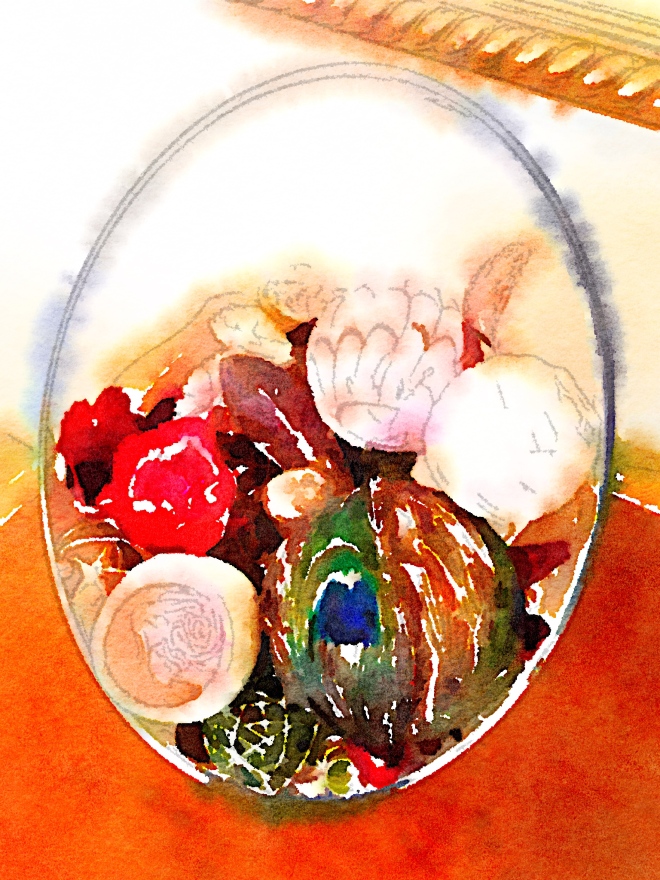 A colleague of mine turned me on to the New Yorker Fiction Podcast, and I am shocked that I did not already know about it. If you have not heard of it, every month a well-known author reads a short story written by another author, and then the reader and a member of the New Yorker staff (in this podcast, it is New Yorker Fiction Editor Deborah Treisman) briefly discuss the story. Since the series has been running for a number of years, there are many podcasts out there, but I chose to start with Margaret Atwood’s reading of Mavis Gallant’s “Voices Lost in Snow” posted April 1, 2013. After listening to this podcast, I most definitely will have to pick up Mavis Gallant’s short-story collection “Varieties of Exile” (which I hope contains the full collection of Linnet Muir stories).

I do not spend nearly as much time reading short stories as I do novels, and I consider this a personal shortcoming. Partly, I love to get really engrossed in the story and travel through it with a characters, which often does not happen in short stories, and partly, I feel that I personally have more to learn from novels. I know this assumption is incorrect (and it is reinforced every time I read a short story), but I do not write short stories. Or at least, I have not written one in many, many years. For me writing a good short story is much more difficult than writing a good novel.The author has to be incisive in his or her word choice and in the picture that he or she paints through those words. As someone who is admittedly verbose, I find it challenging on the best days and impossible on the worst.

Mavis Gallant, however, is a master at the short story. In “Voices Lost in Snow,” the protagonist is a young girl named Linnet Muir living outside of Montreal. She lives with her parents, who are portrayed through the view of young Linnet as abjectly miserable, disassociated from each other and from her, and generally caricature-like vignettes. I say vignette, because each breath in the movement of the short story presents a specific stroke in a loosely painted still life of Linnet’s childhood. The strokes form a very loose picture, impressionistic and unfocused. However, as you progress through the story in general confusion, it suddenly crystalizes into a picture almost at the last line.

This style of writing is very confusing when you first start reading (or in my case listening) to the story, but it is clearly intentional to the craft of the voice of the story. It is a long-lost recollection of a woman remembering her girlhood. The shattered fragments of recollections only loosely applied to the canvas of her mind draw you along a path to her memory of one specific afternoon with her father. It is a pivotal moment in her father’s life (and her own, although she likely did not know it at the time). It is almost as if she, through the recounting of the events of the story, is finally understanding how important the events were to her. If you would like to listen to this podcast before I reveal specific spoilers about the story, I have linked to it here: Fiction Podcast: Margaret Atwood Reads Mavis Gallant.

Linnet’s father has dragged her into Montreal for the afternoon, which results in them visiting Linnet’s mother’s ex-best friend, called Georgie. Linnet’s father, Angus, and Linnet stop in to visit Georgie after lunch one afternoon. Georgie is one of Linnet’s god parents, but this fact does not stop her obvious dislike of Linnet. Linnet does not at first comprehend the point of this visit, although, through the recollection of the memory and in speaking to others after-the-fact, she comes to understand that her father was considering an affair with Georgie. Georgie knows this and is very irked by Linnet’s presence. Linnet seems to intuit this as well, and her own presence in Georgie’s apartment confuses her. As the reader or listener, you become aware of these facts as Linnet does, so you understand that something is off with this visit. You are aware that Angus’s relationship with Georgie is not on the up-and-up. And you think to yourself, why is he bringing her here to see this woman who dislikes her? If he is considering breaking apart their family, why subject Linnet to it?

At the end, it becomes as clear to Linnet and to us as is possible to be from the vignettes painted by Linnet’s memory, that even though Linnet was disregarded, ignored, and dredged out by her parents as a form of entertainment to impress guests, in his own stunted and miserable way, her father loved her dearly. A male friend of her father reveals to Linnet the thematic climax of the story. “Georgie didn’t play her cards well… if she had made just one smart move, she could have had him.” This line is juxtaposed against Linnet’s speculation about Angus’s hand: “He took the card back and dropped his hand, and their long intermittent game came to an end. The card must have been the eight of clubs–‘a female child.'” Linnet, in that moment, thinks to herself that she was her father’s card. Angus consciously made the decision to take Linnet to see Georgie, perhaps thinking that he had to know how Georgie would react to him and Linnet as a package, or perhaps not thinking it entirely through. However, Linnet’s memory of the afternoon suggests that she believes her father’s own decisive moment came when they were walking back to the train. He says to her: “You didn’t enjoy your visit much… You needn’t see Georgie again, unless you want to” and Linnet speculates that it was at that moment that he realized he would not be seeing Georgie either. That moment he decided that his daughter was more important than a potential lover.

It is a bittersweet recollection, couched in the fact that Angus was already ill with a sickness that he could not reveal to Linnet and which would ultimately take his life within a year. The unspoken illness is the final punctuation on a story about how families do not communicate, how they do communicate, and sometimes how we cannot and may never fully understand these signals even many years after they occur.

This story, while at once specific to the time, place and culture of Montreal in the 1930s is at the same time universal. We all have fragmented memories of our childhoods, recollections that we mull over years after they occur, missing pieces to our life that we patch with questions to others, stories recovered from the past, or the perspective maturity lends. My childhood in the 1980s, though different in almost every respect to Linnet Muir’s, bubbles up from my mind in much the same way. Through her craft, Mavis Gallant has created a timeless story that is imminently relatable to anyone who reads it. We all lived the abstractness of being and confusion that composed our childhoods. Even those with parents willing to have conversations with their children or explain matters to them, like myself, recall topics that were not discussed with them and even now are only remembered through the blurry haze of a series of vignettes.

Experiencing the story left me surreally considering these same aspects in my own childhood, and I consider it a success for that. In that sense, Mavis Gallant’s masterful craft of the story created from hazy recollections a masterfully drawn image of memory and family.

This site is the personal blog of author Alia Luria, where I share updates regarding my current projects, book reviews and analysis and anything else that strikes my fancy.
Join 4,163 other followers

I am so grateful to still have this amazing, beautiful woman in my life. 97 years old and still kicking butt and making us all laugh. Hug your loved ones and tell them you love them every day, because they make us who we are even as we make them who they are. #grandmotherlove❤️ #thanksgiving #thankful
Surprise flowers from your bestie are literally the best thing ever!!! I love you, Heather Lang-Cassera! (@roxie_li_chihuahua) ❤️❤️❤️❤️ #autumnflowers #flowersfornoreason #bestfriends #bestiegoals
Excercised my right to vote today, a right we still have despite all that’s gone on. I urge everyone to get to the polls and vote this year! Also, the special women’s suffrage sticker is awesome sauce! #vote #floridavoter #votevotevote #vote2022 #womenssuffrage
My hair is back to it’s “natural” state! Also, this low fi filter is making me happy, so I’m using it. Eyebrow healing up nicely, although Jesse cut my hair a little longer so it covers the scar. 😆
What do you all think? Is it dashing? I might end up with a Jason Momoa eyebrow. My dad stitched it up for me, so all kudos go to him. These are not my usual stitches!
When a Hurricane is coming, you make lasagna soup. #yum #soup #soupseason #lasagnalover