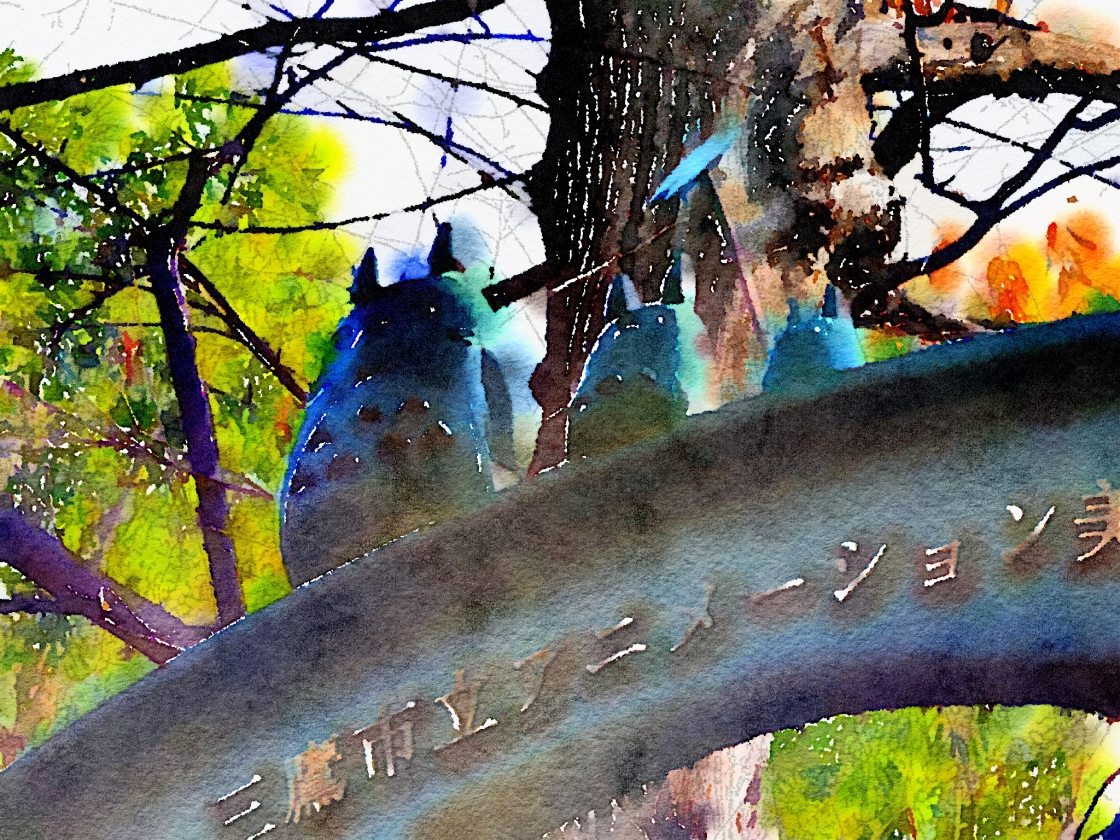 Well, it was another exhausting work week for me, and unfortunately, I have more to do this weekend as well. On the way back from a very late dinner at Cracker Barrel (no judgment!), my partner and I listened to the New Yorker Fiction Podcast of Mary Gaitskill reading Vladimir Nabokov’s “Symbols and Signs” (or “Signs and Symbols” if you call it by the name Nabokov intended). I have listened to a number of these podcasts over the last couple of weeks, and though I have found the stories interesting, I have not been inspired to blog about another until now. This podcast is one of the older ones, originally released June 2, 2008.

I think my desire to blog about this particular story stems from the awe-inspiring way in which Mr. Nabokov presents the existential crisis that is humanity through parallel views. The story opens on an elderly couple attempting to visit their son in the sanitarium where, due to a severe derangement, he resides. As the story unfolds, you learn more about this couple, the son, their past struggles as immigrants, and their present struggles as they attempt to make sense of their son’s steady decline. If you would like to listen to this podcast before I reveal the specific details of the plot, you can download it on iTunes (it is too old to be linked to on the website) or you can read the story in text in the New Yorker archive. It was originally published in the New Yorker in 1948.

The story opens with the elderly couple taking a long, painful journey to visit their son in the sanitarium he lives in. The story is narrated almost entirely from the perspective of the elderly parents as they make their way by train and bus through stormy weather to the facility where their son is kept only to be told that he is not well enough to visit.

There they waited again, and instead of their boy, shuffling into the room, as he usually did (his poor face sullen, confused, ill-shaven, and blotched with acne), a nurse they knew and did not care for appeared at last and brightly explained that he had again attempted to take his life. He was all right, she said, but a visit from his parents might disturb him.

And so they begin the miserable return voyage home, the occurrence of lost power, late bus, storming weather, injured bird, familiar faces of the past, and misplaced keys all ill omens of the day building like an argument in their consciousness. Everywhere around them, the mother see signs and symbols as she struggles to make sense of the world around her and what meanings her observations hold. In the middle of the story, the narrator pseudo-shifts, and we get a peak into the son’s world. In his world, he is in an advanced state of narcissistic paranoia struggling to make sense of the world around him and simultaneously sure that every minutia exists to judge and condemn him.

Everything is a cipher and of everything he is the theme. All around him, there are spies. Some of them are detached observers, like glass surfaces and still pools; others, such as coats in store windows, are prejudiced witnesses, lynchers at heart; others, again (running water, storms), are hysterical to the point of insanity, have a distorted opinion of him, and grotesquely misinterpret his actions.

It is between these two narrators that we see the existential crisis that all of us face. Mr. Nabokov highlights the mundane through the extreme. The son represents the need each of us has to make sense of our surroundings. We all perceive the universe through our individual filters, a form of mini-narcissim that is inescapable for all of humanity. We will never be wholly objective in our perceptions of the world because it is invariably filtered through our eyes, ears and brain. We struggle to relate each person we meet, each object we encounter, each sound we hear with our internal composition of the world. We do this largely unconsciously, not necessarily giving specific thought to our own sets of signs and symbols as we pass through life. We might look at the dying bird or the late bus and wonder if it is an ill omen or a sign, like the elderly mother in the story, or we might pick up on a totally separate set of observations and attribute entirely different meanings to them.

We are not the slaves to “referential mania” as the son in the story is, but his inability to filter these signs, which appear to him as a constant barrage that must be decoded, highlights in a way our own easy ability to find meaning in life in ways that allows us the sanity to continue living it. With all of the son’s intellect, he is powerless to regulate this basic filter that keeps humanity stable.

The story also holds another duality. The struggle of the parents to reconcile their part in the son’s insanity, expressed through the mother’s reexamining of old photographs and musings regarding their previous life in Russia and the hints of escape from Nazi suppression, the unfairness she perceives in his deteriorating condition, the helplessness of relying on relatives for money, and the hope that she and her husband can just bring him home from the sanitarium and care for him themselves. All of these thoughts and feelings fester and swirl and each moment in time reinforces the positive or the negative. It is on this cusp of redemption or ruin that the elderly couple receives three phone calls in the middle of the night. The reader is carried along with them through the dread at hearing the phone ring, the uncertainty at answering it, and the relief and resultant euphoria when it is a wrong number, no once but twice. And then the phone rings again…

While she poured him another glass of tea, he put on his spectacles and reexamined with pleasure the luminous yellow, green, and red little jars. His clumsy, moist lips spelled out their eloquent labels—apricot, grape, beach plum, quince. He had got to crab apple when the telephone rang again.

And the story cuts off there. We never learn whether the third call is yet another wrong number by an incompetent dialer or whether it is the sanitarium calling them to tell them their son has been successful at ending his own life. It is irrelevant. We have already taken the journey. Whether it is the wrong number or the sanitarium, the couple has filtered the signs. Their reality is that their son is either dead, and perhaps that brings with it relief mixed with grief, or their son is alive, and that brings with it grief mixed with relief. The death of the son would mean no more sanitarium and no more worrying, but, from the story, we understand that this loss would break this couple’s spirit. Alternatively, if the son is alive and they do bring him home to live with them, that would mean living in a constant state of stress and worry, and this would create its own grief. The outcomes are identical in emotion – stress, worry and grief mixed with relief. So, whether the son lives or dies, the perceptions are the same. The signs all lead to the same place.

All of this, Mr. Nabokov accomplishes in five short pages. It is brilliant, thought provoking and hauntingly beautiful, and it left me considering how my own perceptions are designed by my mind to reinforce those symbols and signs that I need to make sense of my own life. And perhaps you are making sense of your own life as you read this.

About the Photograph: This photograph was taken in at the Ghibli Museum in Mitaka, Japan in 2008. It was run through the Waterlogue app.

I don’t know if I’m doing this color meditation right, but it sure is fun! #watercoloring #watercolor #colormeditation #afieldguidetocolor
Apologies to the person who got me these corgi butt socks. I can’t remember who it was... definitely Ginger or Lynette. But of course someone got me corgi butts on socks! A cold (for FL) day is the perfect day to wear them. Actual corgi for reference. #corgisofinstagram #corgibutts #corgibuttsdrivemenuts #corgigram #funsocks
My hair transformation to my grandfather is complete! Well, actually, his was pure white and mine hasn’t made that full transition yet. 😂 Happy Valentine’s Day! #valentinesday2020 #valentineslook #redhair #redhairdontcare #shorthair #shorthairstyle #pompadour #selfietime
When your husband makes you watch the Oscars, you work on a new (to you) knitting technique. #intarsia I’m the #mayshrug by @alexandra.davidoff.studio. It is easier than I though! #12knits2020 #12sweatersin2020 #knitstagram #knittingaddict #amknitting #oscars2020 #knitallthethings #knittingisthenewyoga
Out and about in my #springchickenshrug #kittersdoingthings #knittingaddict #knitstagram #knittersofravelry #knittingisthenewyoga #hedgehogfibres #junipermoonfarm #hikooyarn #floridawinter #12knits2020 #12sweatersin2020 #knitsweater #handknit #knitallthethings
My third sweater of the year blocking behind the best @nespressousa latte ever. Their Kona blend is heaven. I should have ordered more 😫 The sweater on the blocking mats feels like cheating, since it was so quick and easy to knit up. The pattern is free on @hedgehogfibres site as well. Spring chicken! #springchickenshrug I didn’t want to knit in feather, so it’s #hedgehogfibres kidsilk in an amazing purple speckle and some @junipermoonfarm Findlay dappled and finall the ribbing in #hikooyarn sueno. #nespresso #espresso #coffeeaddict #coffeeaddiction #knittersofinstagram #knitstagram #knittingisthenewyoga #knittingaddict #nevernotknitting #knitsweater #knit12in2020 #12sweatersin2020
%d bloggers like this: