I have finally returned from my relatively extended stay in England. I first visited London for some sight-seeing. On January 3rd, I took the “Hogwarts Express” to Wroxton Abbey for my first residency in the Fairleigh Dickinson MFA program. I have been uploading all of my photos to Flickr, but for some reason, the mobile app seems to be uploading them randomly instead of in order. I will have to organize the album by date once I get everything uploaded.

I waffled between doing a text post and a gallery for this first post back, but I decided to go with text. I will upload a mini-gallery of my time in England in the next few days. Here is a synopsis of what I did in London:

Day 1: Get Some Damned Sleep

Day 2: Harry Potter Studio Tour – we had to nerd out and visit the studio where they filmed the Harry Potter movies and take in all of the amazing sets, props, concept art and more. Below is a photograph of me standing in front of the Privet Drive set. 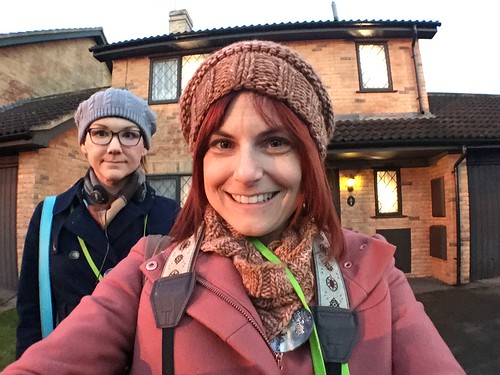 Day 3: Fireworks in London – despite our status as complete wimps when it comes to frigid weather, we obtained tickets to the NYE fireworks display in London. I stuck it out, despite five hours in the crazy cold weather, all to capture this tiny video. I have some longer ones from my phone, but the color was much superior on my Olympus.

Day 4: Sherlock and Shopping – Even though Speedy’s was closed for the new year, we stopped by and took some photos outside of 221B Baker Street (really, it’s 87 when they aren’t filming) and then hopped over to Primark for some shopping. Below is a photo of us front of Speedy’s. 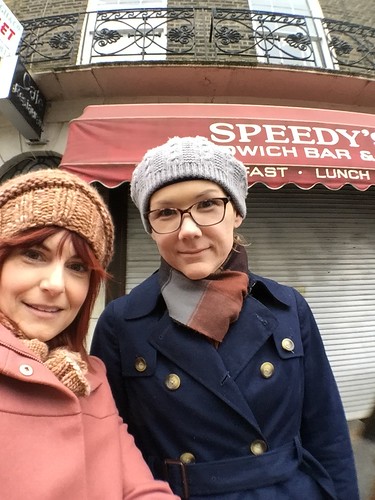 Day 5: Tower of London – we got our historic fix by visiting the Tower of London and taking the tour with a Yeoman Warder. He was hilarious, and the stories were great. The tower itself was smaller than one would think, but it was gorgeous and the amount of history packed into its interior was impressive. We also waited in a fairly long line to see the crown jewels, which were sadly underwhelming. Photo is us in front of the Tower of London. 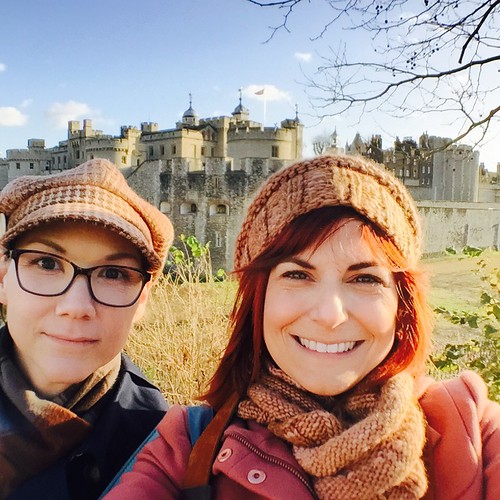 Day 6: Wroxton Abbey – from then, it was on to my residency at Wroxton Abbey. I will post more about the residency and my time there in another post, but for now I will leave you with a nice panoramic shot of the Abbey. Cheers!

Like what you’re reading here? Support my writing for as little as $1/month!

One of these things is not like the other… one of these things just doesn’t belong! Kidding! They all belong, but one is definitely different. Last week I taught myself to crochet because I had the burning desire to make the @jimmybeanswool 2022 blanket club blanket but using the crochet pattern. So, this is my first ever completed piece of crochet! I taught myself right handed to make sure I understand what I’m doing, but then I switched to my left hand for future endeavors. I’m a lot faster with my left. I think I get better tension too, since I definitely lost a game of yarn chicken with this granny square and had to order more yarn. I can’t wait to get the rest of these colors. If you’re still reading, tell me, do you crochet and are you interested in hybrid designs?! I’d love to work some dimensional motifs into my knit designs in the future as single motifs or multiple motifs in larger knitting projects. Let me know your thoughts! Also, don’t be intimidated by crochet! If I can learn it in a few days from YouTube, so can you! Props to @puddnhead @coco.crochet.lee and @sirinscrochet for their great videos that taught me a bunch of the techniques I needed to pick up and work crochet! Also, extra props to @coco.crochet.lee for her gorgeous blanket design that inspired me to pick up a hook!
I haven’t been too active because I’ve been recovering from a head cold (it’s not Covid. I was tested!). I almost forgot colds existed it’s been so long since I’ve had one. The last virus I had was in 2019 when I got Bell’s palsy. Blech! So, assuming my recovery continues, I actually have to report for jury duty at the Hillsborough Circuit Court. I think I’m going to possibly cast on a mock turtleneck shell in @thebluebrick copper slate. Still deciding if I want to knit it in panels and seam or work the skeins together simultaneously seamless and split at the arm holes. Decisions! Decisions! Wish me luck not having to serve more than one day!
Finally time to block this beast! I could have put armholes in it and made a dress, but I’m kind of glad I have the Doctor Who version of a cowl! It’s crazy awesome!
Happy New Year, everyone! We are celebrating with a warm bowl of gumbo and spiked cider, smoked! #nye #bye2021
Not only is it Christmas, but it’s my husband’s birthday, so here are a couple of shots of us celebrating with the family after Christmas dinner! Also, bonus shot of my new weighted microwaveable llama that smells like lavender. #merrychristmas #happybirthday
Happy Holidays from my family to yours!! #merrychristmas #happyholidays #familytime